We place great importance on strong conservation ethics, recognizing that birds & animals need to be preserved for this generation and those to follow.

There are many fine conservation organizations in all of the countries visited by VENT. On this page we want to bring awareness to some of the lesser-known organizations that VENT and VENT leaders feel are worthy of your consideration. In addition, we will occasionally post about current conservation issues that may affect areas visited on our tours. 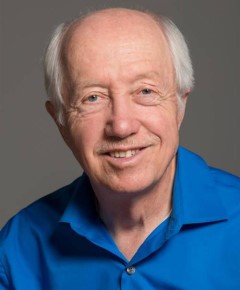 Following his reading of the book Hope Is the Thing with Feathers: A Personal Chronicle of Vanished Birds (2000) by Christopher Cokinos, artist Todd McGrain is producing sculptures of all the birds that have gone extinct in North America. The latest addition by McGrain to his Lost Bird Project is a six-foot sculpture of the Eskimo Curlew, a shorebird that was last documented in 1962 from Galveston Island. The Eskimo Curlew memorial sculpture will be unveiled and installed at Galveston State Park on Galveston Island, Texas at 4:00 p.m. on March 29, 2020 on the Clapper Rail Trail.

Prior to the unveiling, there will be a photo exhibit at the Bryan Museum in Galveston featuring rare photos taken of the Eskimo Curlew; there will also be an art exhibit. Other activities include a walk-through of the Lost Bird Project Exhibit with Todd McGrain on which participants can view models of the other sculptures in the series; and Dr. Keith Arnold, Professor Emeritus at Texas A&M University, will deliver a presentation entitled People vs Birds: The Road to Extinction?

Since its inception, Victor Emanuel Nature Tours has placed great importance on a strong conservation ethic, the recognition that wild things in wild places need to be preserved for this generation and all those to follow. We support numerous conservation causes around the world including: 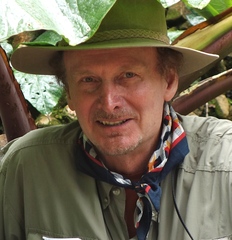 The Missouri Prairie Foundation was founded in 1966 and has grown into an extraordinarily dynamic and effective organization. But, to be honest, I was unaware of its existence for many years despite my "prairie" background. As a kid, I grew up on a farm in western Missouri where putting up prairie hay was an annual summer event and Greater Prairie-Chickens, Scissor-tailed Flycatchers, and Dickcissels were an important part of my youth. Huddled in a borrowed tent I spent many chilly spring mornings watching Greater Prairie-Chickens display on our farm. In the winter I thrilled to the sight of coveys that flushed with powerful wing beats and then set their wings on unbelievably long glides.

Today those Greater Prairie-Chickens are gone. So also is most of the continent's tallgrass prairie, a once vast zone that, following the last glacial retreat some 12,000 years ago, extended from Manitoba to northern Texas and east to Ohio. Only a fraction of a percent remains. In several states there is virtually none. Even in Kansas and Oklahoma, two states with the largest remaining stands of tallgrass prairie, sites are fragmented and greatly diminished. Ecologists today rank temperate grasslands, including tallgrass prairies, as the "least conserved and most threatened major habitat type on earth." This is largely because prairie soils are among the richest and most productive for agriculture. Today numerous organizations focus on the preservation of prairie grassland (see the Missouri Prairie Foundation website for some of these) but the Missouri Prairie Foundation is my favorite and one of the best. Their focus is regional and specific: they actively purchase and manage prairies; organize public awareness events, workshops, and campouts; participate in prairie burns and prairie restoration; work with private landowners; advocate for local, state, and national issues; and publish perhaps the premiere magazine on prairie grasslands. Examine their beautiful website(www.moprairie.org) and you’ll see why I am such an ardent supporter of this organization. 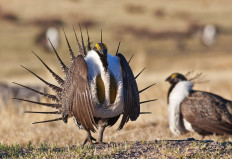 American Bird Conservancy (ABC) is the only bird conservation group that tackles the tough job of preventing the extinction of the rarest birds throughout the Americas. ABC works in many of the countries where VENT international tours go, and for eight years Victor served on the board of ABC. ABC also works in the U.S. on policy and habitat conservation programs, to eliminate threats to birds, and to address conservation at a landscape scale for our declining migratory species. Among ABC's greatest achievements is the network of 33 bird reserves in ten countries spanning more than 130,000 acres in total, mostly established during the last five years. This reserve network, the vast majority of which includes titled land owned by ABC’s Latin American partner groups, includes some of the best birding sites on the continent. The reserves provide habitat for more than 2,000 bird species (nearly half the bird species occurring in the Americas) of which 71 are globally Vulnerable, 35 are Endangered, and 12 are Critically Endangered according to IUCN-World Conservation Union assessments. In addition, 18 of the 33 reserves are known as Alliance for Zero Extinction sites: locations that provide the only known remaining habitat for an Endangered or Critically Endangered species. The list of birds protected includes such legendary species as the Long-whiskered Owlet, Jocotoco Antpitta, Santa Marta Parakeet, Black-breasted Puffleg, and many, many more.

Just by going to some of these places you can help conservation, since the costs of managing many of the reserves can be offset by income from visiting birders who stay at lodges operated by the conservation organizations that also own the reserves. VENT tours use a number of these ABC reserves and lodges. Another way you can help is by sending a tax deductible gift to ABC at 4249 Loudoun Avenue, The Plains, VA 20198. ABC is among the best respected charities in America, and in fact, for six consecutive years, ABC has been rated a 4-Star, "Exceptional" charity by the independent group Charity Navigator—a status achieved by less than one percent of all U.S. charities. In 2014, ABC and VENT worked together, along with the Tucson Audubon Society, to help raise the funds to save the Paton hummingbird site in Patagonia, Arizona, now known as Tucson Audubon Society’s Paton Center for Hummingbirds.

One of the most important ways VENT has supported conservation has been through our summer camp program. Roger Tory Peterson decided to attend Camp Chiricahua in 1991 because of his conviction that our camps were the best thing to happen in the history of birding since the publication of his first field guide in 1934. He said, “These kids are learning to be the conservationists of tomorrow. They must be encouraged.” Since we started our camps in 1986, over 500 young birders have attended them. Many of them are members of conservation organizations, and a number of them are on the staff of these organizations.

Receive the VENTFLASH, our electronic newsletter featuring news from the VENT community, including special offers and upcoming tour opportunities.