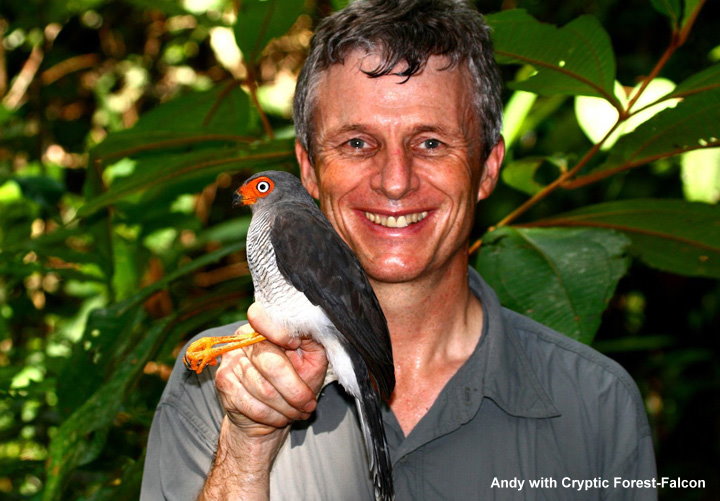 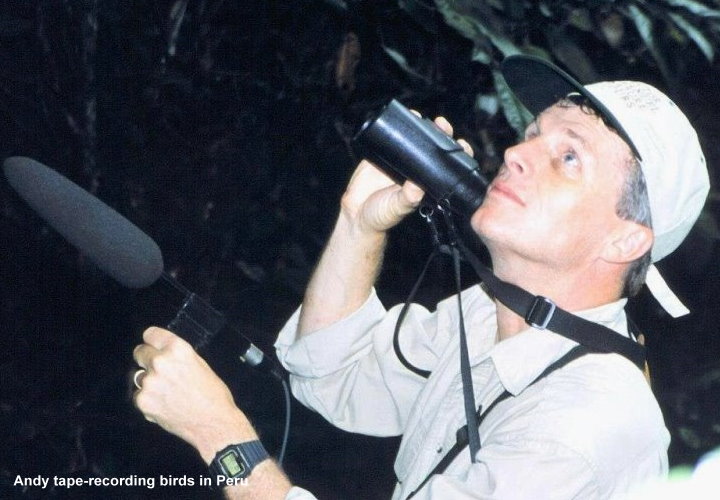 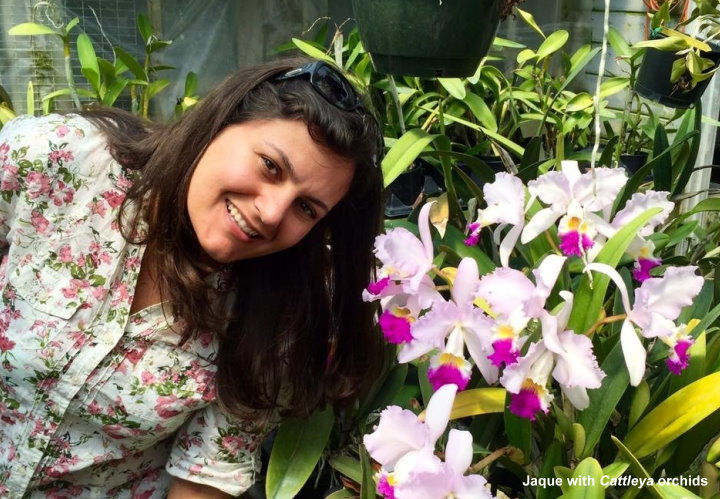 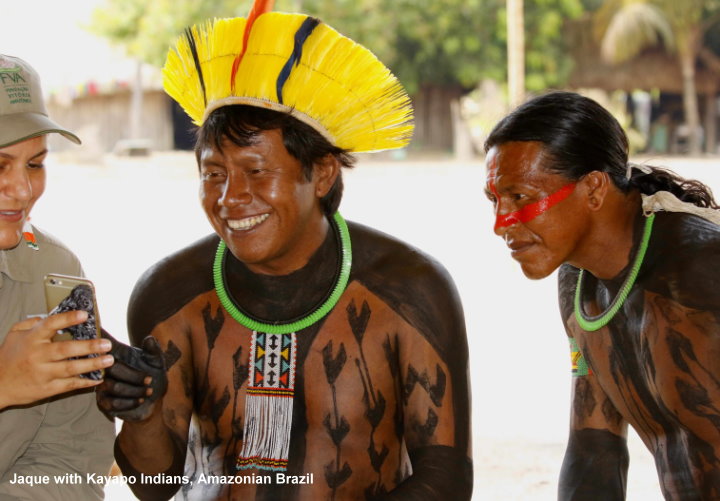 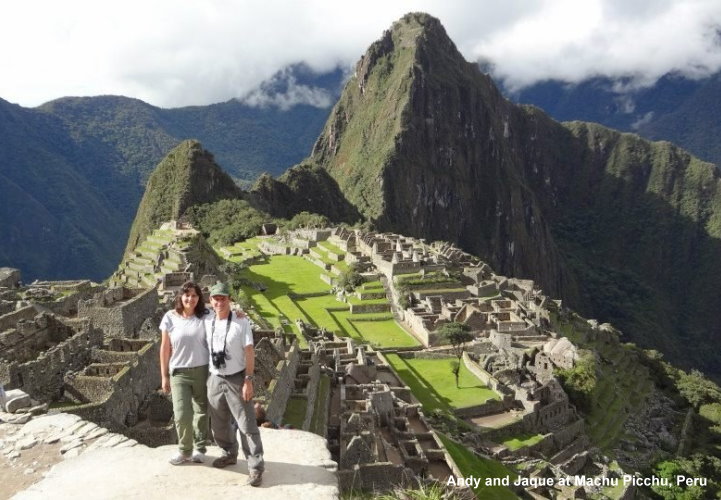 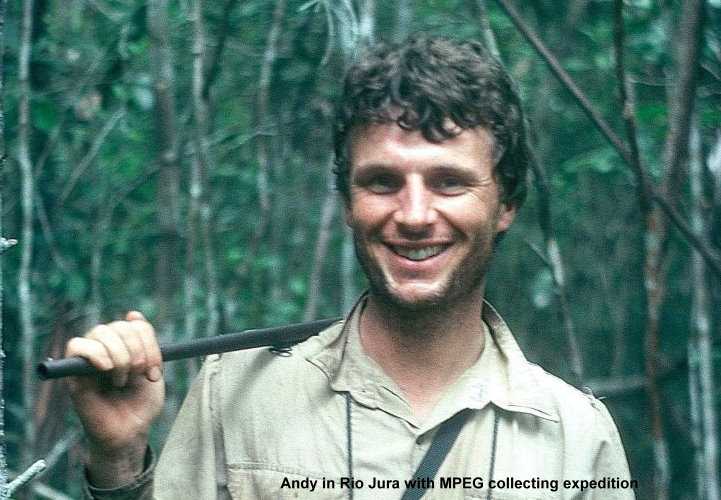 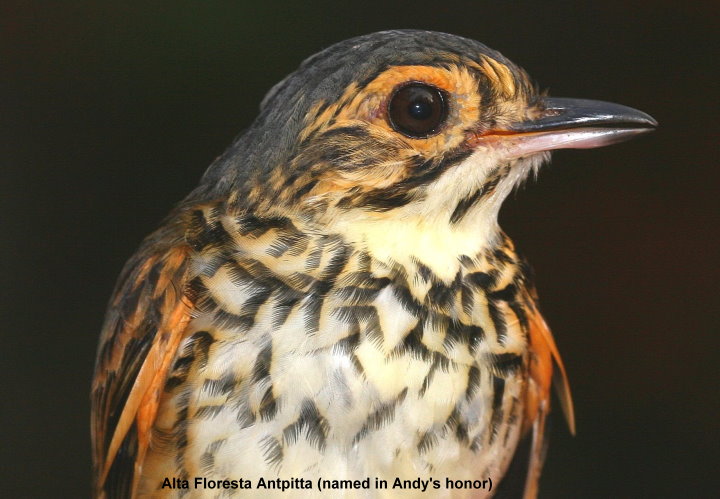 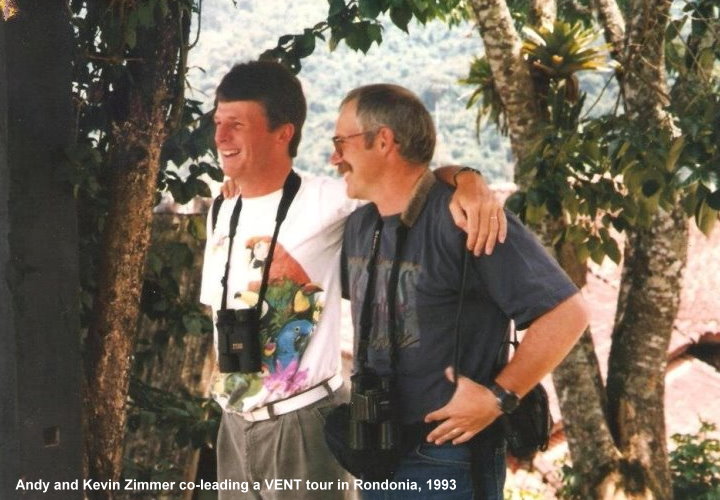 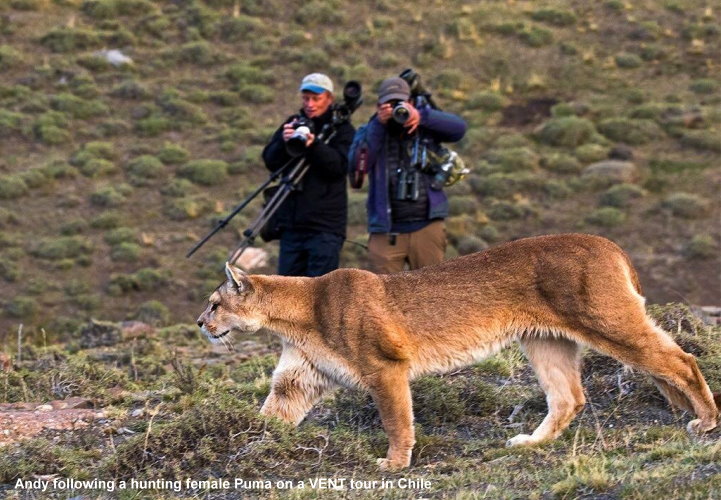 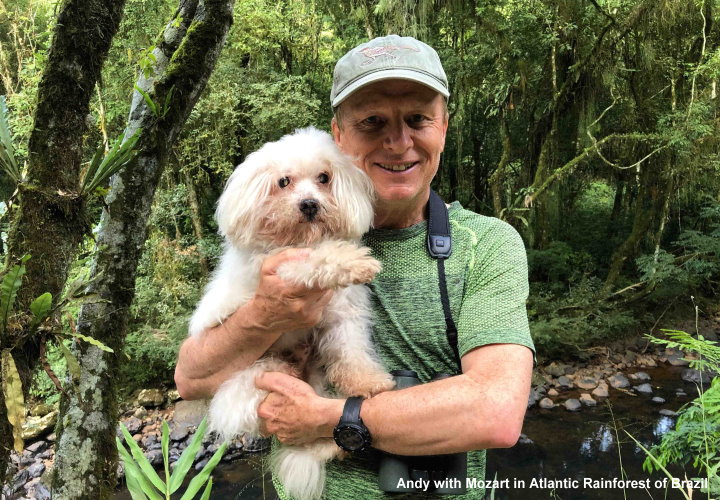 Andrew Whittaker caught the birding bug at the age of six, thanks to his father (a birder too). Armed on his seventh birthday with his first binoculars, he never looked back, familiarizing himself with the local neighborhood’s avifauna and wildlife. Always indebted to his parents for their encouragement, they took him further afield in the UK and on family holidays to Europe, where Andy mostly birded, often with his dad. Soon he joined the Young Ornithologists’ Club. Andy’s love of patiently observing birds blossomed into a great ability to find nests. This resulted in his first research, and he became a major contributor to the British Trust for Ornithology Nest Record Scheme, submitting hundreds of nest cards yearly. Many were from the 50 or so nest boxes that he made and located on a golf course behind his house. Meanwhile, another passion emerged—train spotting; during one excursion he located one of the first breeding pairs of Black Redstarts in 20 years in railway sidings in Birmingham City Center, which brought his focus back to birding!

In 1971, Andy’s father introduced him to Dr. Clive Minton (famously known as the father of wader/shorebird studies) at an extramural Open University Ornithology Course that he attended at night. Hereafter, Clive became like Andy’s second father; during most weekends and school holidays, they traveled down to Norfolk to the Wash, as Clive was head of the Wash Wader Ringing Group, to catch and band shorebirds. Closer to home, Andy helped with an ongoing Mute Swan study throughout the Midlands. Clive trained Andy to become a licensed bird ringer/bander, and by age 18 he had gained his government license. Clive became Andy’s mentor and one of the most influential people in his life after his parents. In 2003, Andy was able to honor Clive by naming a new species after him, the Cryptic Forest-Falcon, Micrastur mintoni. During his youth, Andy was always in the field either birding or ringing!

Andy kicked off his ornithological career in January 1983 studying migration at the famous Eilat ringing station in southern Israel. A lifelong fascination with migration continued. Over the next four years Andy worked around the globe ringing at several top bird observatories: Long Point, Canada; Sabah, Borneo; and in the UK at Sandwich Bay and on Fair Isle, Scotland.

Born in England, Andy immigrated to Brazil in 1987 and now considers himself Brazilian. He began working for the Smithsonian Institution, studying Amazonian rainforest birds in the heart of the Brazilian Amazon, in Manaus. In September 1987, a chance meeting in Manaus with Robert Ridgely led to Bob introducing Andy to Victor. Andy met Victor with Bob in Minas Gerais in 1990 and co-led his first VENT trip, rooming with the late Roger Tory Peterson. Two decades later, Andy is a senior VENT leader, having led VENT tours throughout South and Central America, Antarctica, Europe, Israel, and more recently Asia.

Andy is well recognized for his passionate and intimate knowledge of bird vocalizations and taxonomy, enabling him to discover several species new to science, as well as rediscover others thought to be extinct. Tape-recording South American birds was a passion, and he has donated hundreds of hours of bird voices that are archived in the British Library. Andy was honored to work with Sir David Attenborough as a consultant for the prestigious BBC Life of Birds series.

Andy met Jaqueline over a decade ago during a Christmas Bird Count in the rainforest of Manaus. Jaque was finalizing her master’s in genetic studies on White-crowned Manakin. Andy owes a great depth of gratitude to her for bringing organization and stability into his life and helping further his career. Jaque constantly encourages and supports Andy’s love of birds and nature, often accompanying him on his travels. They feel blessed to have shared unforgettable moments working to help Kayapo indigenous tribes in remote areas of the Amazon. Jaque has become passionate about orchids, becoming an expert at cultivating them at home, and teaches about orchid biology and conservation through her social media. She immensely enjoys traveling with Andy and sharing the beauty of nature but particularly enjoys finding orchids in the wild to photograph. From his previous marriage, Andy has three wonderful children: Steven, Luana, and Suzana, who live in Manaus. Steven graduated with a fisheries science degree from the Federal University of Manaus. Presently, Steve and Luana are involved in the catering industry, while Suzana is finalizing her studies.

Andy has been a longtime associate researcher at the Museum Goeldi, in Belem (MPEG), having organized several ornithological expeditions to remote areas of western Amazonia. He is widely considered an authority on Amazonian birds, and has authored numerous technical publications on the region’s avifauna. Colleagues at MPEG kindly recognized Andy’s decades of research on Amazonian avifauna by naming the Alta Floresta Antpitta in his honor, Hylopezus whittakeri (2012). At present, Andy is working with Kevin Zimmer on a comprehensive field guide to the birds of Brazil to be published by Princeton University Press.

Andy has a soft spot for shorebirds, seabirds, cotingas, antbirds (caught from his tour leader mentor Kevin Zimmer), as well as big cats, primates, snakes, and orchids. He also holds a great love of nature photography with many of his bird images used in books. Andy is an avid football fan of Birmingham City FC & the Brazilian national football team. He lives with Jaqueline and their amazingly cool dog, Mozart, in Porto Alegre, southern Brazil.